8 stunning flowers and plants in danger of extinction

There is a series of extremely rare plants, scattered all over the world, which are very close to extinction. The decrease in their populations is due to an infinity of reasons, the main ones being climate change, deforestation and urbanization. Here we have listed a number of the affected species.

This South American tree produces tasty and nutritious dried fruits that are exported to the whole world. Brazil nuts are an excellent source of dietary fibre and various vitamins and dietary minerals. Although the cutting of trees is prohibited by law in the three producing countries (Brazil, Bolivia and Peru), the illegal extraction of timber and land clearances represent a continuous threat for this majestic species.

This imposing and unusual tree is endemic to the island of Madagascar, where it is an endangered species threatened by the encroachment of agricultural land. According to the legends, the solitary trees of this species harbor spirits and it is not uncommon to find offerings at the feet of the largest specimens, which can reach 40 m. 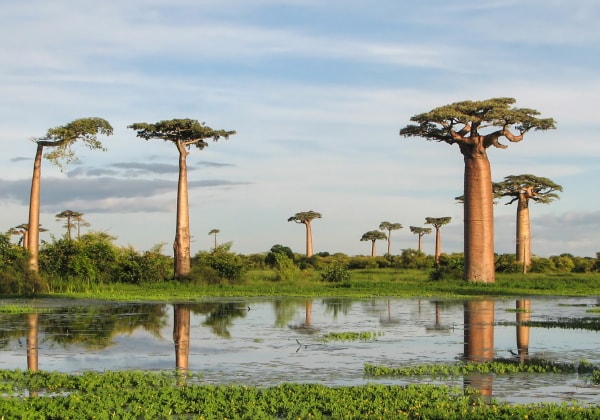 This unusual orchid was discovered in 1928 in Australia. Unlike any other orchid, the Western Australian underground orchid remains completely underground for its whole life. Not being able to obtain the sun's energy, it instead feeds on a brushwood linked to it by mycorrhizal fungus. Such a curious natural relationship, right? Unfortunately, the development for agriculture of large areas of bushland is one of the main causes that only 19 specimens of the orchid are known to currently exist in the wild.

Probably the favourite plant on the Internet, widely known due to the numerous videos showing it “gracefully” feeding on insects. This dwarf carnivorous plant is native to the East Coast of the United States, where little effort put into saving this species, as it has no value as a commodity. Venus flytrap is part of the small group of plants capable of rapid movements, which it uses to trap ants, spiders, beetles and flies. Small but bully!

Another carnivorous plant that is critically endangered is the green pitcher, native to South America. It has highly modified leaves in the form of pitchers that act as pitfall traps for prey. It has never been as popular as Venus flytrap, and doesn’t seem it is never going to be, as it has suffered a devastating decline due to the loss of its habitat and the commercial plant trade of exotic species.

This beautiful seagrass is surely one of the most important species of the Mediterranean Sea. Neptune grass releases large amounts of oxygen to the water, it serves as shelter and habitat for numerous fish species, it acts as a natural barrier against the erosion of the coast and acts as a "filter" that retains the dirt and impurities of the water. But its population is in clear regression. Water pollution, the practice of uncontrolled water sports and trawling are the main causes of its slow disappearance. Also, some invasive species are enemies of the Neptune grass, specifically certain tropical algae that have proliferated in the Mediterranean due to the increase in sea temperature in recent decades.

The large Indonesian corpse lily is a rare and beautifully looking flower. It’s called like that because of its very strong and unpleasant odour of decaying flesh, specially evolved to attract flies, which are the pollinating agents of this species. Many areas where corpse lily grows have become popular touristic destinations, which added to the progressive disappearance of the Borneo and Sumatra forests, is causing the virtually extinction of these wonderful flowers.

Speaking of strong smells, we can’t fail to mention the malodorous plant par excellence, also known as corpse plant. Its smell, a mix of rotting fish, sweaty socks and stool is considered very attractive to pollinator flesh flies. Titan arum is a threatened species that is mainly found in botanical gardens. Its impressive size and the fact it only flourish once each 7-10 years, converts the corpse plant in an interesting sight. 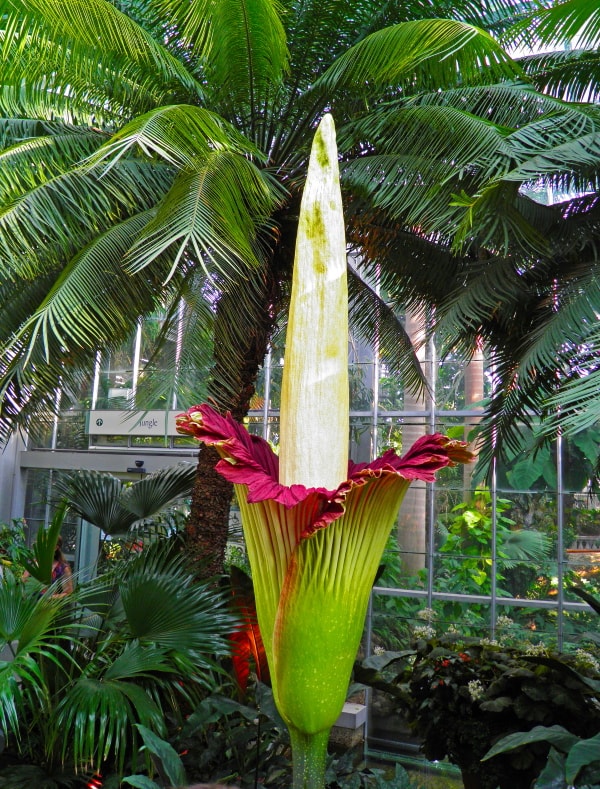